History of Bluegrass on WAMU/Bluegrass Country 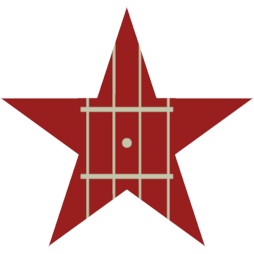 At 6:30 p.m. on Sunday, July 2, 1967, listeners to the American University radio station were treated to the sound of fiddle, banjo and high lonesome harmony.

A new half-hour program named “Bluegrass Unlimited,” hosted by Dick Spottswood and engineered by Gary Henderson, marked the small beginning of what was to put WAMU-FM on the musical map as one of the best and most influential bluegrass stations in the country.

Bluegrass broadcasting really took off in 1970, as Jerry Gray started his country music show and Gary introduced a three-hour bluegrass show on Saturday morning.  The Saturday show quickly became a highlight of the week for local bluegrass fans and musicians, with Gary spinning classic cuts alongside the latest releases.  Bands made the station a tour stop, adding some live music to the mix.

The 70s were a time of rapid and exciting growth for bluegrass, which until then was played mostly as an afterthought on mainline country stations, or a sideline for public and alternative radio.  “Katy Daley” joined Gary as a volunteer on the Saturday show, kicking off what was to become a notable broadcast career.   “Stained Glass Bluegrass,” a Sunday morning show with host Gary Henderson, premiered in 1974, and Lee Michael Demsey joined WAMU the next year.   By the end of the decade, WAMU was playing bluegrass and country music every weekday evening.

“Bluegrass Country” arrived at WAMU in 1980, as the title of an afternoon show hosted by Jerry Gray.  Bluegrass programming continued to grow in popularity through the 80s and 90s, with new hosts and expanded hours.

In 2001, with support from the US National Endowment for the Arts, WAMU launched BluegrassCountry.org, a 24-hour bluegrass/roots internet radio station, while continuing on-air music programming.  Five years later, Bluegrass Country went on the air as a separate channel, broadcasting on 88.5 HD2.  All bluegrass programming moved from WAMU’s main channel to Bluegrass Country in 2007, with a heavy concentration of local programming plus syndicated studio and live performance shows.

Bluegrass Country earned a National Association of Broadcasters award in 2009, recognizing its ability to create innovative and groundbreaking programming on its multicast channels.  That same year, the station introduced its first iPhone app.

But the audience for bluegrass was changing, as was the listener base at WAMU-FM.  By 2016, the station was focusing on news, talk and public affairs programming, and announced that it would seek a buyer to take over Bluegrass Country.  Listeners and fans in the Washington area bound together and founded the Bluegrass Country Foundation, which assumed operation of the station in the next year.

Today the foundation, a nonprofit volunteer-run organization supported almost entirely by donations, keeps the music alive, supporting programming on 88.5 HD2 and at bluegrasscountry.org.