Bluegrass Stories is a podcast hosted by former WAMU and Bluegrass Country host and program director Katy Daley and Howard Parker. Along with mandolinist Akira Otsuka, they started the podcast in April 2019 as a way of getting behind the scenes in the bluegrass business. They’ve interviewed musicians, instrument builders and dealers, promoters, educators, broadcasters – anyone with a good story to share.

The Bluegrass Stories podcast is available now on Apple, Google, Facebook, Soundcast and at katydaley.com, where you can listen to season 6 and all of the 38 previous podcasts. 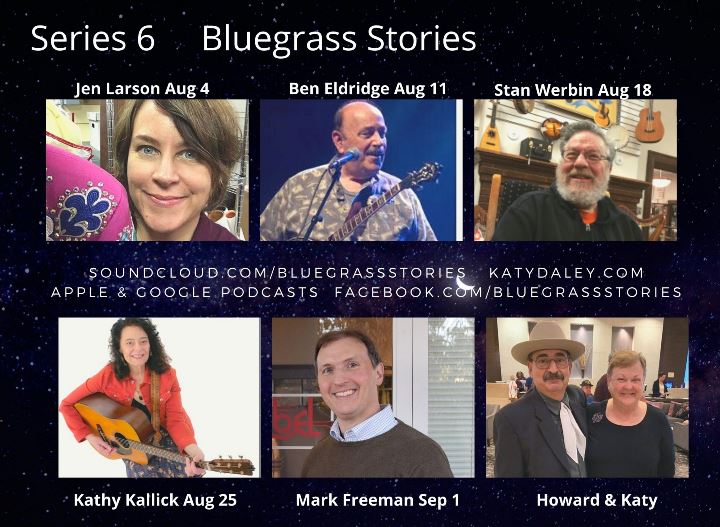