Dick Spottswood, host of The Dick Spottswood Show on Bluegrass Country, headlined a program at the Library of Congress in Washington on Tuesday, May 14, 2019.

As part of the Benjamin Botkin Folklife Lecture Series, staff members from the Library’s American Folklife Center interviewed Spottswood about his career and accomplishments as a discographer, researcher, author, broadcaster, and scholar of folk and ethnic music.  Then a panel of prominent Washington DC folklorists, ethnomusicologists, and archivists rose to present personal tributes to Dick for his contributions to American music.

It’s not a stretch to call Dick Spottswood the father of Bluegrass Country, as his half-hour show in 1967 was the first bluegrass program on WAMU-FM.  He’s a co-founder of Bluegrass Unlimited magazine, a founding member of the Association for Recorded Sound Collections, and the recipient of numerous awards and honors including the IBMA Distinguished Achievement Award.

Among his many other accomplishments, Spottswood is celebrated as the author of the essential Ethnic Music on Records: A Discography of Ethnic Recordings Produced in the United States, 1893-1942, a seven-volume listing of early sound recordings by foreign language and minority groups in the U.S.; the 15-volume LP series Folk Music in America, produced for the Library of Congress to mark the 1976 Bicentennial; and Country Music Sources (2002), a study which combines bibliography with discography to trace the history of old songs, hymns, and dance tunes.  He’s contributed to hundreds of influential reissue recordings by labels such as Arhoolie, Rounder, Yazoo, and Bear Family as well as his own Melodeon and Piedmont labels.

The event “Dick Spottswood:  A Discographer for the Record” was held in the Whittall Pavilion of the Library of Congress, a room that houses the library’s collection of historical musical instruments. A webcast of the event is available on the American Folklife Center’s website. 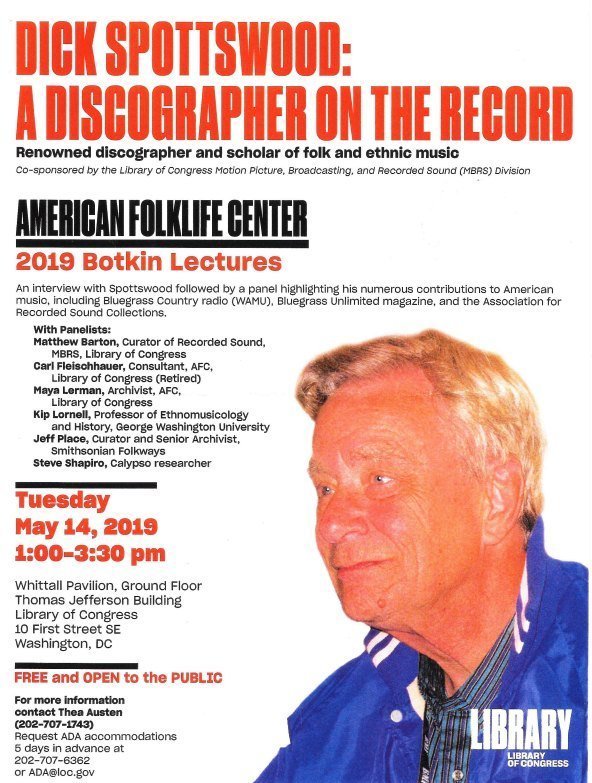 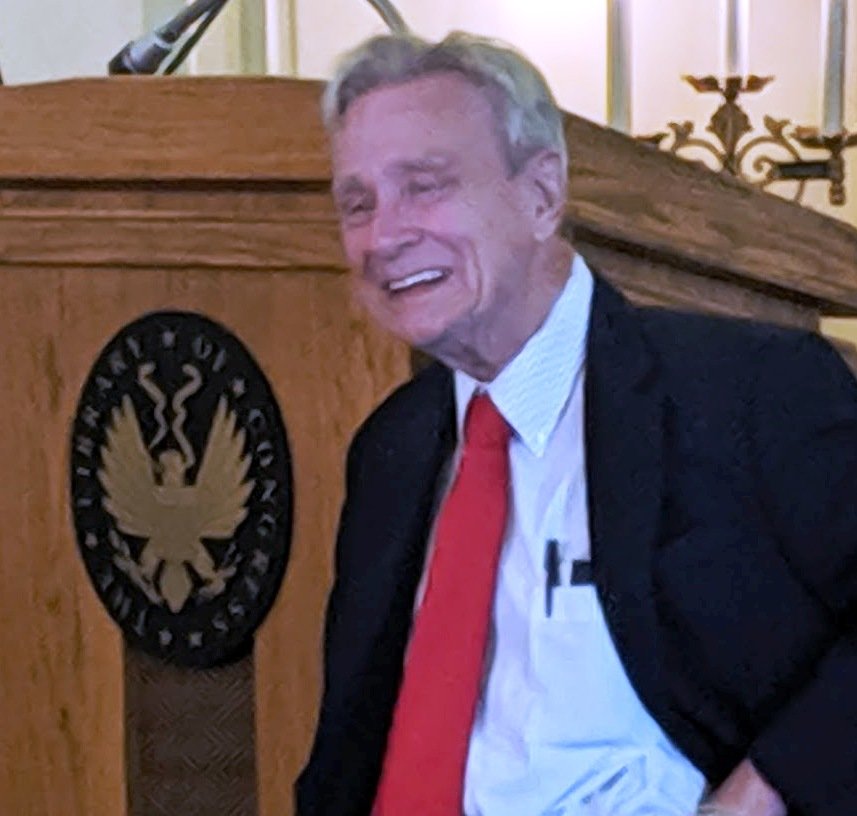