Jay Armsworthy, host of Bluegrass on the Bay on Bluegrass Country, is the recipient of the 2019 Maryland Traditions Heritage Award from the Maryland State Arts Council.

The award is presented annually to a person, a place and a tradition that are “outstanding stewards of Maryland’s cultural traditions.”  Jay was honored for his work as a bluegrass musician, promoter and organizer as well as radio host.

Jay has been performing since he was ten,  and his band Jay Armsworthy and Eastern Tradition is a regular on the festival circuit.  He also produces fesitvals and concerts, including Bluegrass for Hospice, a fundraiser for the Hospice of St. Mary’s County and the Hollywood Volunteer Rescue Squad, and Li’l Margaret’s Festival in Leonardtown, MD.

The Heritage Awards will be presented in a ceremony on June 7 at the University of Maryland Baltimore County.

Bluegrass on the Bay is heard every Tuesday morning from 10 to noon eastern time on Bluegrass Country. 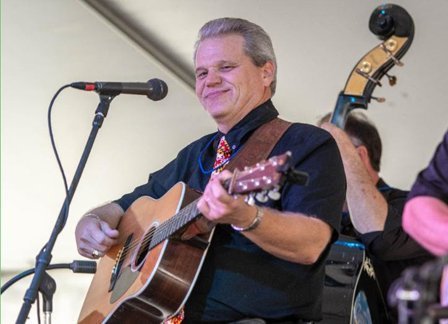