John Duffey was a big man.  His stature, his irrepressible onstage presence and personality, his soaring tenor, his hand-built wing-shaped “duck” mandolin, even his wardrobe choices – everything was larger than life.

For almost 40 years, he was a driving force behind bluegrass music in the Washington, DC area.  He was an original member of The Country Gentlemen, teaming up with Charlie Waller, Eddy Adcock and Tom Gray to create a sound like nothing that had come before.  The Gentlemen treated bluegrass with reverence, singing and playing classic songs of Bill Monroe and the Stanleys.  But their sound had no limits, and they freely appropriated songs from other genres and made them their own.  Duffey’s mandolin style was as unique as his tenor voice, moving from expertly executed Monroe-style licks to string-bending, rhythmic originality.  He left the Gentlemen in 1969, but in a couple of years he was playing with a pick-up band at the Red Fox Inn in Bethesda, MD.  Duffey, Ben Eldridge, John Starling, Mike Aldridge and Tom Grey called themselves The Seldom Scene.  Within a short time they were one of the hottest bands in bluegrass, and the next chapter in John Duffey’s music career was being written.

John Duffey died suddenly, too early, in 1996.  But his music lives on in some great recordings and songs.  Even more, his legacy can be heard in throughout the bluegrass world, in generations of pickers who don’t accept boundaries, and revel in the freedom to take their music wherever their inspiration leads them.

Now there is a new tribute to John Duffey, an all-star collection of songs that he wrote or made his own with classic recordings.  The project was started in 2002 by Ronnie Freeland and Akira Otsuka, who came up with idea and found that the biggest names in bluegrass were happy to contribute.  The CD, titled Epilogue, was released on Smithsonian Folkways in June 2018.  There isn’t room to list all 53 musicians who are on the CD, but they’re the best.  And they gave their best in tribute to a friend, mentor, inspiration and unforgettable bluegrass star.

Read more about John Duffey’s life and music at the Bluegrass Hall of Fame.  The liner notes from Epilogue include tributes from Katy Daley and Dudley Connell, background on the recording and Duffey’s mandolins by producer Akira Otsuka, and extensive notes on the 17 songs. 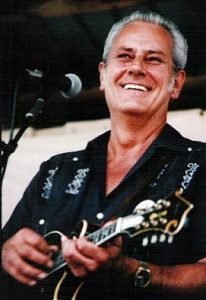 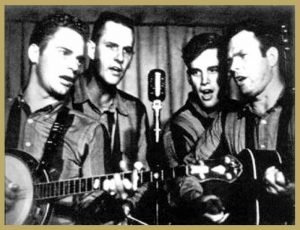 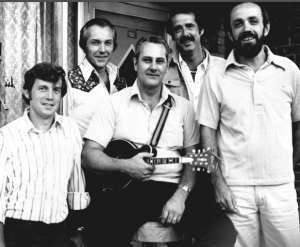 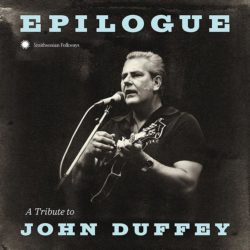