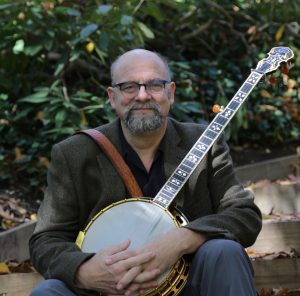 A member of the foundation board since its establishment, Barrett’s involvement in bluegrass music reaches back more than 40 years. He is a singer and musician (banjo/guitar/fiddle), recording artist, teacher (banjo/fiddle), songwriter, luthier, writer and organizer for bluegrass and related roots music causes.

Randy Barrett helped co-found the Bluegrass Country Foundation in 2017. Earlier, he was president of the DC Bluegrass Union for more than a decade. While there, Randy founded the Hazel Dickens Song Contest and the Mike Auldridge Instrumental Composition Contest.

Other officers elected are Jeff Ludin and Bill Sherard, vice presidents; Steve Herman, secretary and Thomas Clary, treasurer.  Ludin and Sherard have both served as president of the foundation.

“It’s an honor to be chosen to lead the Bluegrass Country Foundation, and carry on the great work done by Jeff Ludin, Bill Sherard and my fellow board members.” Barrett said.  “My goals now will be to continue to expand our listenership and support base, to ensure that we can continue to bring this great music to the world.”