John Starling’s voice wasn’t what you expected to hear coming off a bluegrass record.  There was an edgy, country twang there, but it was distinctive – mellow, smooth, mid-register, accompanied by a guitar played with style and taste, and an almost delicate touch.

John Starling died May 2 at his home in Fredericksburg, VA at age 79, leaving a rich musical legacy.

The bluegrass world was introduced to John Starling when the first Seldom Scene record appeared in 1972.  Before that, many of us had heard the band through the primitive Vocalmaster speakers at the Red Fox Inn in Bethesda, a close-in Washington suburb.  The other member of the band were veterans – John Duffey and Tom Grey from the legendary Country Gentlemen; Ben Eldridge and Mike Auldridge from Cliff Waldron’s New Shades of Grass.  All of them had day jobs – luthier, cartographer, mathematician, illustrator and – in John’s case – surgeon on active duty with the Army.  But John’s was a new voice.

Starling was raised in Lexington, VA, listening to bluegrass and country on the radio.  He met Ben Eldridge when he was in medical school at the University of Virginia, and reconnected after returning from a tour in Vietnam.

They started out as a basement band, playing for pleasure and not intending to be more than “seldom seen.”  But when you heard them together, the distinctive Starling-Duffey-Aldridge trio harmonies backed by the skillful and innovative instrumental playing , you knew it was something special.  They chose songs they liked, from other genres like pop or folk, and from the pens of songwriters they knew.  If they sang a Stanley Brothers song, they made it their own.  They quickly emerged from the booming Washington bluegrass scene of the 70s to wide fame, friendships and collaborations with artists like Emmylou Harris, Linda Ronstadt and Lowell George.  The audience for the Scene continued to grow when they moved to the Birchmere in Virginia, at that time a small space tucked away in strip mall in Arlington.

John had a distinctive presence on stage, leaning forward into the microphone to sing, maintaining his soft touch on the guitar, bantering with Duffey.

By 1976 they’d recorded six albums, including a live show from the Cellar Door in Washington and “The New Seldom Scene Album” which introduced drums, pedal steel and electric bass on some cuts.  But they were still bluegrass to the core, expanding and modernizing.

John Starling left the band in 1977 to focus on his medical practice and moved to Montgomery, Alabama, but he never left music behind.  He recorded a couple of solo albums for Sugar Hill Records, sang backup on albums by Emmylou Harris and Linda Ronstadt, was musical consultant on the award-winning Trio albums from Harris, Ronstadt and Dolly Parton, and won a Grammy (with Carl Jackson) for best bluegrass recording in 1992. He returned to the Seldom Scene briefly in 1993, and his periodic reunion appearances with the band were memorable features of festivals and shows, including the 15th anniversary celebration at the Kennedy Center in Washington.

John’s last band was Carolina Star, reuniting him with Tom Grey and Mike Auldridge along with Jimmy Gaudreau and Ricky Simkins.  Among its other accolades, February 23, 2007 was declared “John Starling and Carolina Star Day” by the mayor of Washington, DC.

Read tributes from Bluegrass Today and The Washington Post.  And listen to Bluegrass County as we remember and celebrate his life and songs. 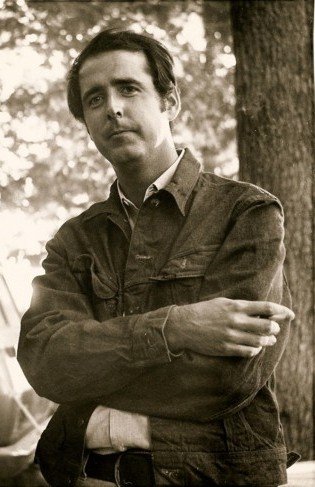 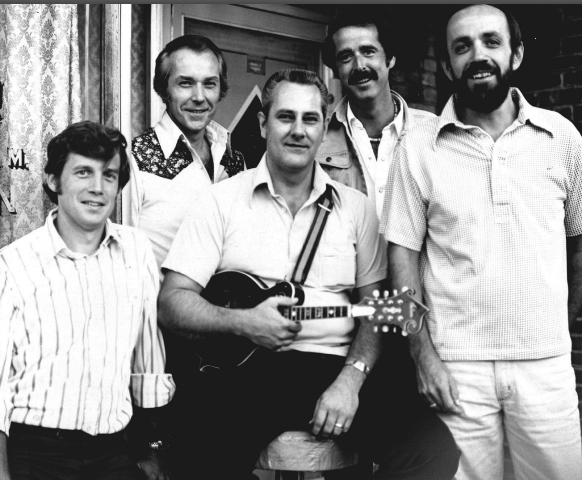 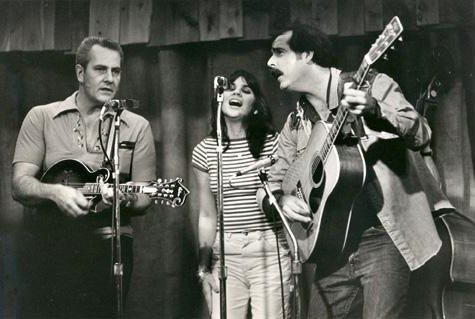 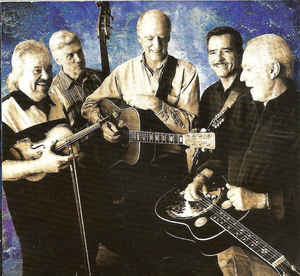 About the Author: Dan Shipp