Banks of the Ohio 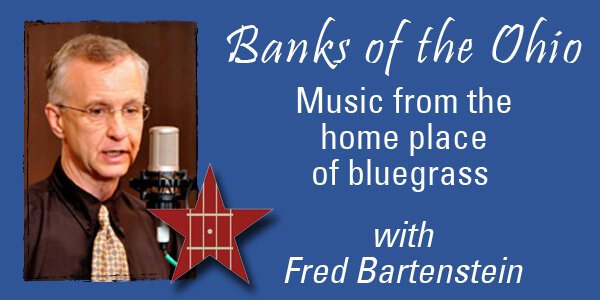 Growing up in bluegrass, Fred Bartenstein had the privilege of knowing and working with virtually all of the music’s first generation. The editor of Muleskinner News from 1969-1974, he has also been a broadcaster, musician, festival MC and talent director, composer, record producer, compiler of the first bluegrass market research, founder of a regional association, and a lifelong fan.

Fred Bartenstein was named a Distinguished Achievement Award recipient by the International Bluegrass Music Association in 2006.

Fred was part of the Bluegrass Country family from 2002-08 as host and producer of Banks of the Ohio: Music From the Homeplace of Bluegrass. We’re proud to present rebroadcasts of Fred’s shows Wednesday nights and Thursday nights.