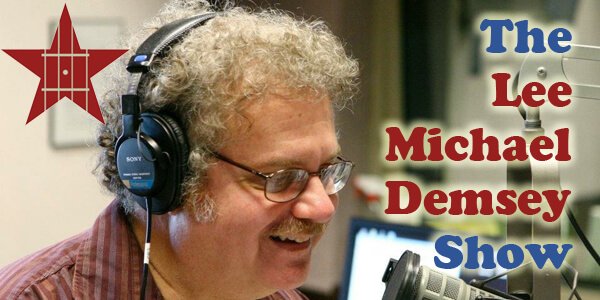 Lee Michael Demsey has hosted bluegrass programs on 88.5’s airwaves for over 40 years, at WAMU and Bluegrass Country.  Long a mainstay of the afternoon drive time, he’s decided to pull back a bit, and continues his tradition of spinning contemporary bluegrass for you on Saturday morning from 10 am to 1 pm, with artist interviews and features like the monthly Bluegrass Unlimited Top Ten.  Lee also produced the weekly Editor’s Picks and Open Mike show, and hosted many specials over the years.

A California native, Lee moved to the Washington, DC area in 1960 and has lived in Maryland ever since. He earned a Bachelors degree in Communications from The American University in 1975. Working at the student station as music director, he began to earn a few extra dollars as a substitute engineer at WAMU-FM, the University’s professionally run 50,000 watt public radio station shortly before graduation.

In 1975 Lee joined WAMU 88.5 as the host of Rock n’ Roll Jukebox, the second most listened to show on the station at the time, behind Saturday Morning Bluegrass.  In 1982, he began hosting a new show called Capital Bluegrass, which later became The Lee Michael Demsey Show.  In 1991, he was honored with the Broadcaster of the Year award from the IBMA.  In May 2019, he began his 30th year of compiling the monthly bluegrass charts for Bluegrass Unlimited, and broadcasting the top 30 the last Saturday of every month.  IBMA further honored Lee with its Distinguished Achievement Award in 2021.

In Lee’s own words… “Through the many years I’ve been involved in radio, my greatest joy comes in sharing music with the listener, [music] that might be full of joy or might bring a tear to your eye, [music] that features an amazing vocalist or a gifted group of instrumentalists. Though there’s always a lot to be said for the tried and true bluegrass music, it’s always a great pleasure to introduce you to a new artist or a new song.”

Read an article about Lee Michael Demsey written during his first year as a bluegrass radio host.

This week on the Lee Michael Demsey Show

The full list of songs played on this week's show.

The long-time Bluegrass Country host talks about his career, the station, and the BU Top 30.