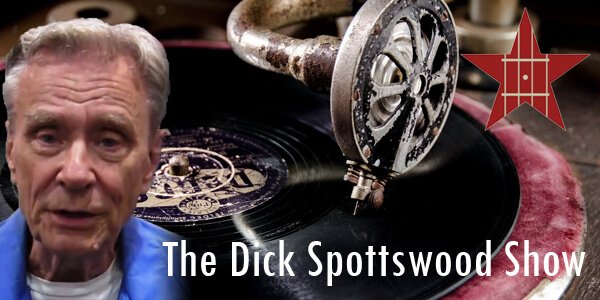 Dick Spottswood calls his highly acclaimed show the Obsolete Music Hour, despite the fact that it’s a two-hour show, and the music he plays is anything but obsolete.  Dick’s eclectic musical taste begins with classic bluegrass and extends to country, string bands, honky tonk, western swing, blues, gospel, old world music, early jazz and other traditional styles that appeal to bluegrass devotees.  His presentation is both scholarly and entertaining, tying bluegrass to its rich musical heritage, and featuring both original and contemporary treatments of old songs, drawing on his extensive collection of rare classic recordings.

Dick Spottswood describes how the show got its name:

“Eponymous sounds like something you’d see in the zoo but what it really means is something you create that’s also named after you.  My ‘eponymous’ began over 30 years ago when I first proposed hosting an early county music show on public radio and thought about calling it something like ‘Down Home Delights,’ ‘Hoot Owl Hoedown’ or even ‘Old and in the Way.’ My program director looked me in the eye and said ‘It will be called the Dick Spottswood Show,’ and that was that.

“After a while I added the ‘Obsolete Music Hour’ tag for the sake of full disclosure and I sort of kept it when nobody objected.  For years it’s been my pleasure to share great music with you and I’m proud to be associated with the fine dedicated crew at Bluegrass Country after many years of resurrecting old and surprising music.

In a February 1 Bluegrass Unlimited magazine podcast, editor Dan Miller talked to our own Dick Spottswood, who [...]

Dick Spottswood was interviewed in October 2010 on The Kojo Nnamdi Show on WAMU-FM.  Here's Dick on the subject [...]