The Music of Grayson & Whitter on Bluegrass Signal

You may not know the names G.B. Grayson and Henry Whitter, but you almost certainly know some of the songs originally recorded by this influential duet in the late 20s and early 30s.

Grayson was an old-time fiddler and singer in east Tennessee.  Whitter played guitar and sang, and already had a successful recording career when he met Grayson at a fiddlers convention in Tennessee in 1927.  They teamed up to record 40 songs in the next three years.  Among them were songs that are part of the standard repertoire of country and bluegrass bands, such as “Handsome Molly,” “Train 45,” “Rose Connally,” “Little Maggie” and “Nine Pound Hammer.”   Their song “Tom Dooley” was a megahit for the Kingston Trio, and helped fuel the folk revival in the 1960s.

Peter Thompson, host of Bluegrass Signal, has put together a three-part series of shows dedicated to the music of Grayson and Whitter, to be broadcast on Bluegrass Country.  He’ll play the original recordings, followed by remakes by well-known bluegrass and old-time performers.

Bluegrass Signal originates in California, and is heard on Bluegrass Country Fridays at 6 pm, Mondays at 11 pm and Tuesdays at midnight eastern time. 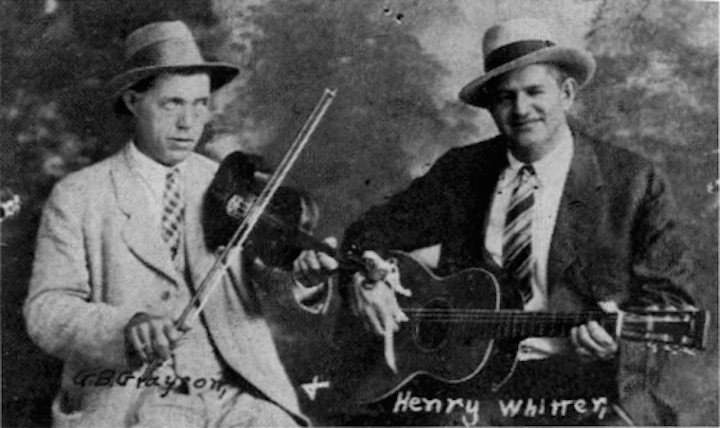